Vegetarianism is absolutely essential for spiritual life. In fact, spirituality and vegetarianism are synonymous. EVERY BODY HAS TO BECOME A VEGETARIAN. Quantum vibrational science is slowly recognizing the ill effects of animal food in human systems. The cardinal principle of any religious movement is love. Love is nothing other than being kind to our co-animal-beings of the earth. ANIMALS ARE NOT FOOD FOR HUMANS.
Further, we can’t afford to over eat. We should eat only according to our need ... not according to our greed. Only when we are hungry, we may eat. If you are not hungry, you should never eat. -Brahmarshi Patriji

Arthur E. Powell ... of the Theosophical Society ... has beautifully said the following :
" A physical body nourished on impure food will produce a correspondingly impure astral body, whilst a physical body fed on clean food and drink will help to purify the astral vehicle. "
" It is impossible to make the physical body coarse and at the same time to organize the astral and mental bodies for finer purposes ... neither is it possible to have a pure physical body with impure mental and astral bodies. All three bodies are thus inter-dependent. "
" Carnivorous diet is fatal to anything like real occult development, and those who adopt it are throwing serious and unnecessary difficulties in their own way, for flesh blood intensifies all the undesirable elements and passions of the lower planes. " 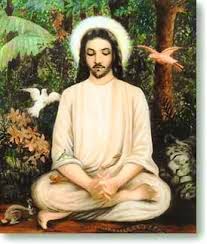 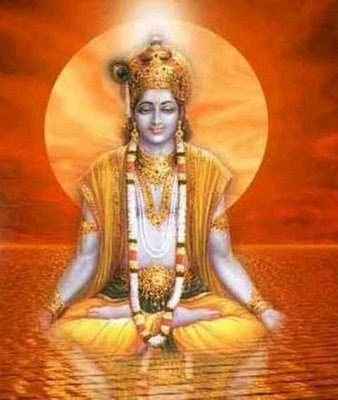 " For fear of causing terror to living beings ... let the Bodhisattva who is disciplining himself to attain compassion refrain from eating flesh ! "
- Gautama Buddha

" God doesn't like the flesh and blood that you offer as sacrifice. He expects nothing but your absolute faith ."
– Quran

" People who eat meat are responsible for all the pain that grows out of meat-eating, and which is necessitated by the use of sentient animals as food. "
- Annie Besant

" It is both auspicious and peaceful for people to choose vegetarinism. "
-Albert Einstein

" As long as there are slaughter houses, there will be battle fields. A vegetarian diet is the acid test of humanitarianism "
- Leo Tolstoy

" The greatness of a nation and its moral progress can be judged by the way its animals are treated. "
- Mahatma Gandhi

" To feed on death is to become food for death. To live by other's pain is to become a prey for pain. So has decreed the omni-will. Know that and choose your course "
– Mikhail Naimy

Email ThisBlogThis!Share to TwitterShare to FacebookShare to Pinterest
Labels: Benifits of vegeterianism

If you want to live a happy life, tie it to a goal, not to people or things.

Without Mistakes There is No Learning.

The More You Know, The More Luck You'll Have.

The Secret Of Success is Constancy in Purpose.

The Only Way to be Happy is to Try to Make Others Happy.


A journey of a thousand miles begins with a single step...


You Live The Way You Think.


“Reason is powerless in the expression of Love.”
-Rumi


The World is always Perfect.

where there is love, there is a way.


You are the Creator of your own Reality
-Ramtha

“Everything in the universe is within you. Ask all from yourself.”
― Rumi


Ask And Iit Is Given.
Seek The Truth And It Shall Set You Free.
-Lord Jesus


Being deeply loved by someone gives you strength, while loving someone deeply gives you courage.
- Lao Tzu


Outer life, inner life, they perfectly mirror each other. This one teaching is enough to vaporise every illusion.


Love without insight is blind. Insight without love is lame. Together they heal the world.


"The spiritual path is not an escape from responsibility. It is a journey into the full depth and scope of your creative power, and your responsibility for it."
- Gary Zukav